Office of the Chancellor

Office of the Chancellor 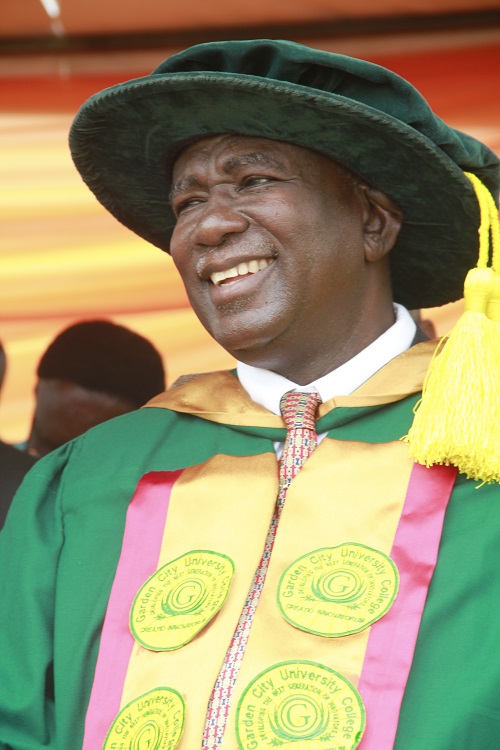 Mr. Albert Acquah
The Founder
Contact Information:
Telephone:
E-mail:
Mr. Albert Acquah is the Founder and current Chancellor of GCUC. He is well accomplished and educated.
He is continually instrumental in the success and administration of the University College.
Profile of Mr. Albert Acquah

Mr. Albert Acquah has a fascinating success story as a self-made entrepreneur and businessman. After completing elementary school at age 15, his parents could not afford to send him to high school so he resorted to selling newspapers on the street until he found a job as a messenger.  While working as a messenger, he studied independently to pass his G.C.E Ordinary and Advanced levels in 4 years to gain admission into KNUST to read B.A. Social Sciences. After graduating with his Bachelors, Mr. Acquah worked with the Ghana Cocoa Marketing Board as a Research Officer for 3 years before leaving to the US to further his studies.

Mr. Acquah obtained a M.A in Economics and M.A in International Administrative Studies from Ohio University, Athens, Ohio in 1983. To gain a good insight in business, Mr. Acquah chose to study Accounting and in 1986 passed the required examination to become a Certified Public Accountant in the Commonwealth of Virginia.

From January 1986 to June 1987, Mr. Acquah worked with David Yeakel & Associates, CPAs at Falls Church, Virginia as a Staff Accountant. Between June 1987 and January 1992, Mr. Acquah worked at The Business Bank, Vienna, Virginia, first as a Senior Accountant and later promoted to Assistant Controller. Between 1992 and 1993, Mr. Acquah was seconded by the Bank to become the Director of Finance and  Operations  at SEED MINISTRIES, INC., Arlington, Virginia where he managed all fiscal grants and accounting functions including internal audit, cost management, data processing and budgeting.

In 1997, Mr. Acquah started another company in Ghana called Acquah & Associates Ghana Ltd. which owns and operates a petrol filing station, a restaurant, and a retail shop in Dome, Accra.

In 2002, Mr. Acquah decided to start a school in his village to give back to his own community and provide opportunities for the teeming youth who could not gain admission to the existing public universities due to limited space. The school was initially called College of Information Technology and Management Studies (CITMAS) and offered 2-year certificate programs in computer programming, networking and business management. The emphasis was on vocational training and entrepreneurship so that graduates could start their own companies if they could not find jobs. CITMAS was later converted to Garden City University College in 2005.  Garden City University College started with 17 students in the School of Business and Computer Science. After this, it was realized as the one of the greatest needs of the country was the lack of trained health care personnel so Mr. Acquah made a strategic decision to focus on the training and development of health care personnel.

Mr. Acquah’s prudent management of resources and his strategic focus has resulted in a steady growth of the College. With an initial investment of about $1million, the College now has a population of over 2,500 students; faculty with over 100 members; and more than $20m in assets. Since 2008, the College has graduated over 2000 students with most of them successfully employed. The College has also sponsored eight (8) individuals for PhDs; four of whom have completed. Ultimately, it is Albert’s ambition to train at least 30 PhDs within the next 10 years. 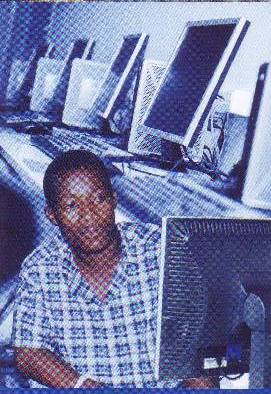